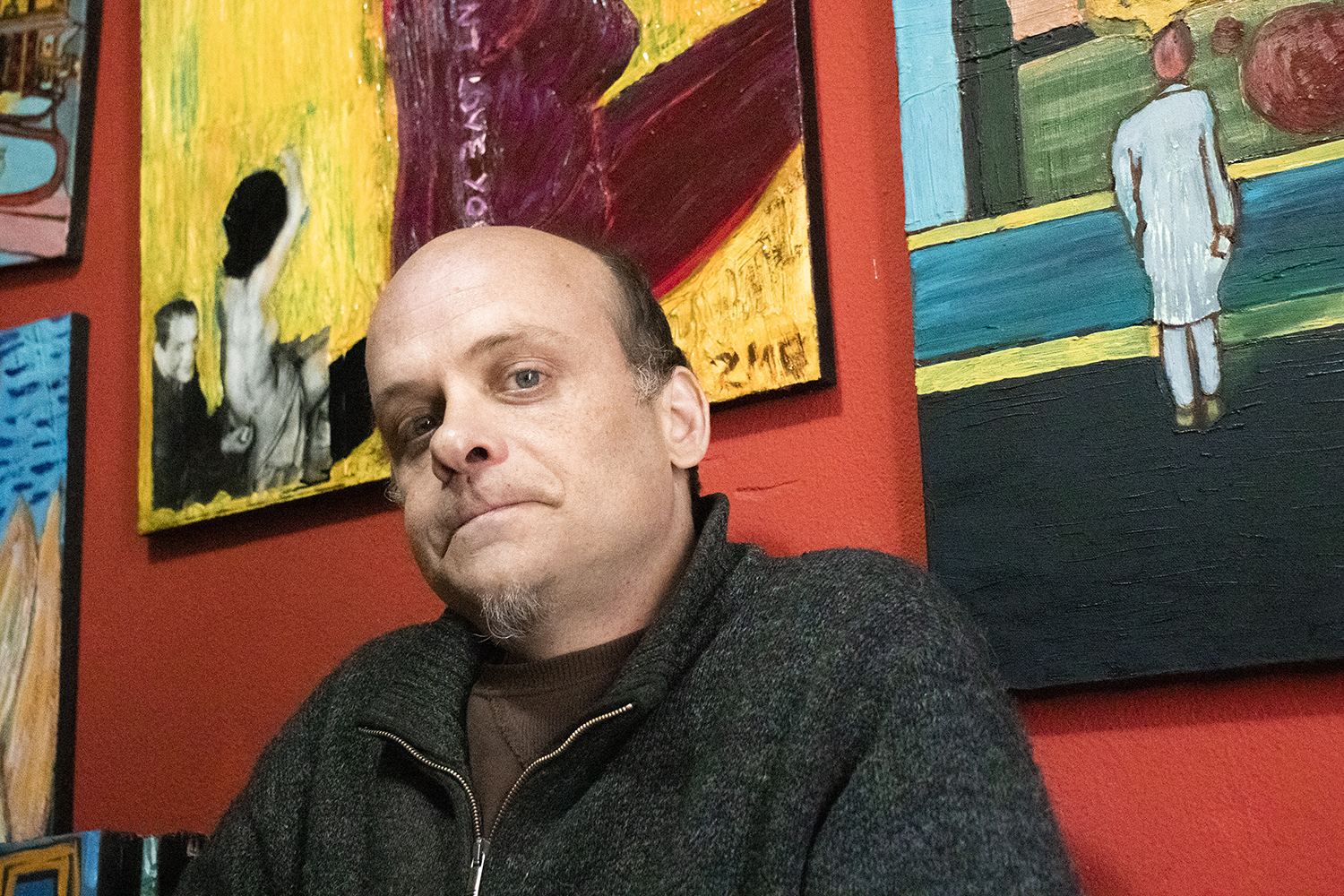 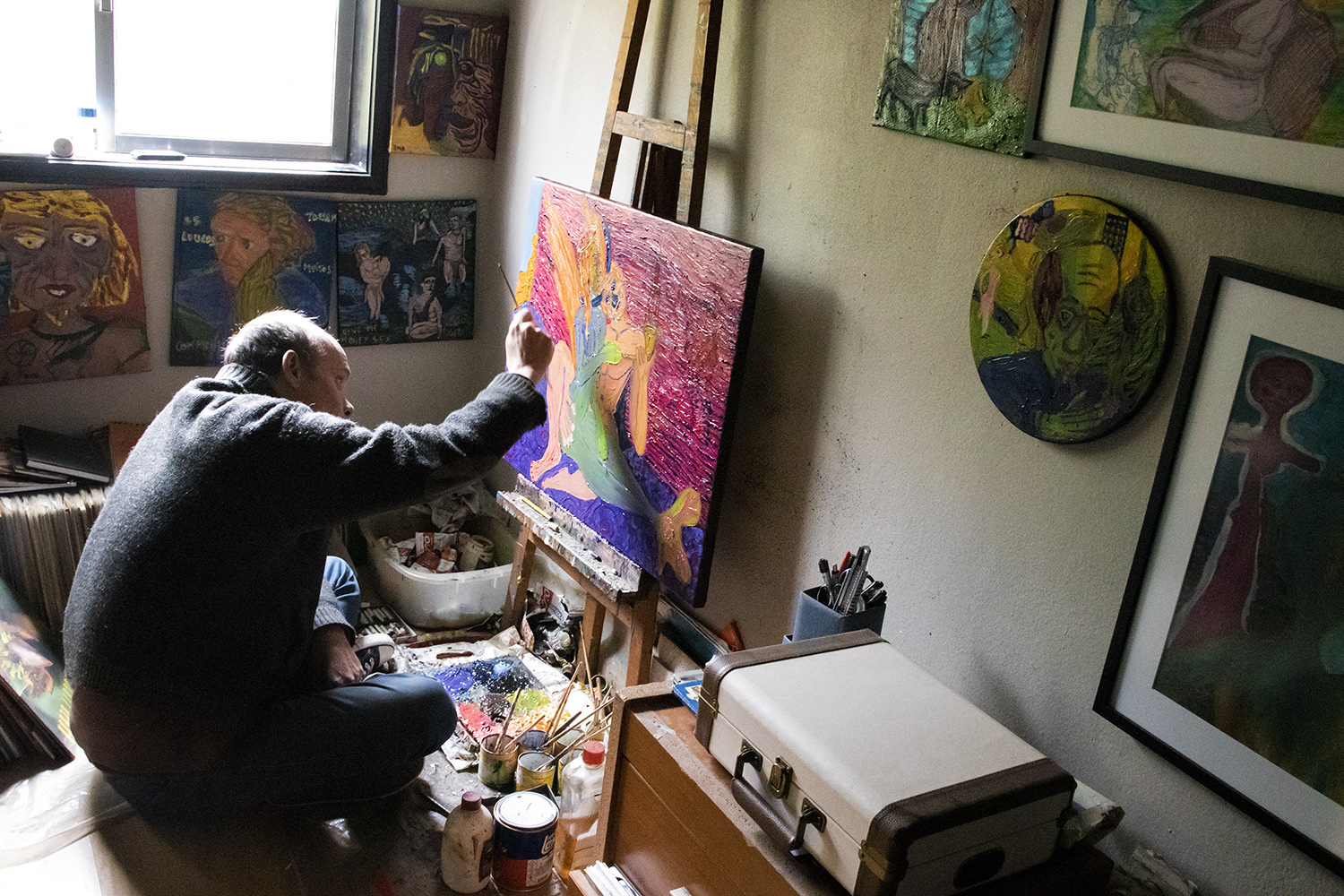 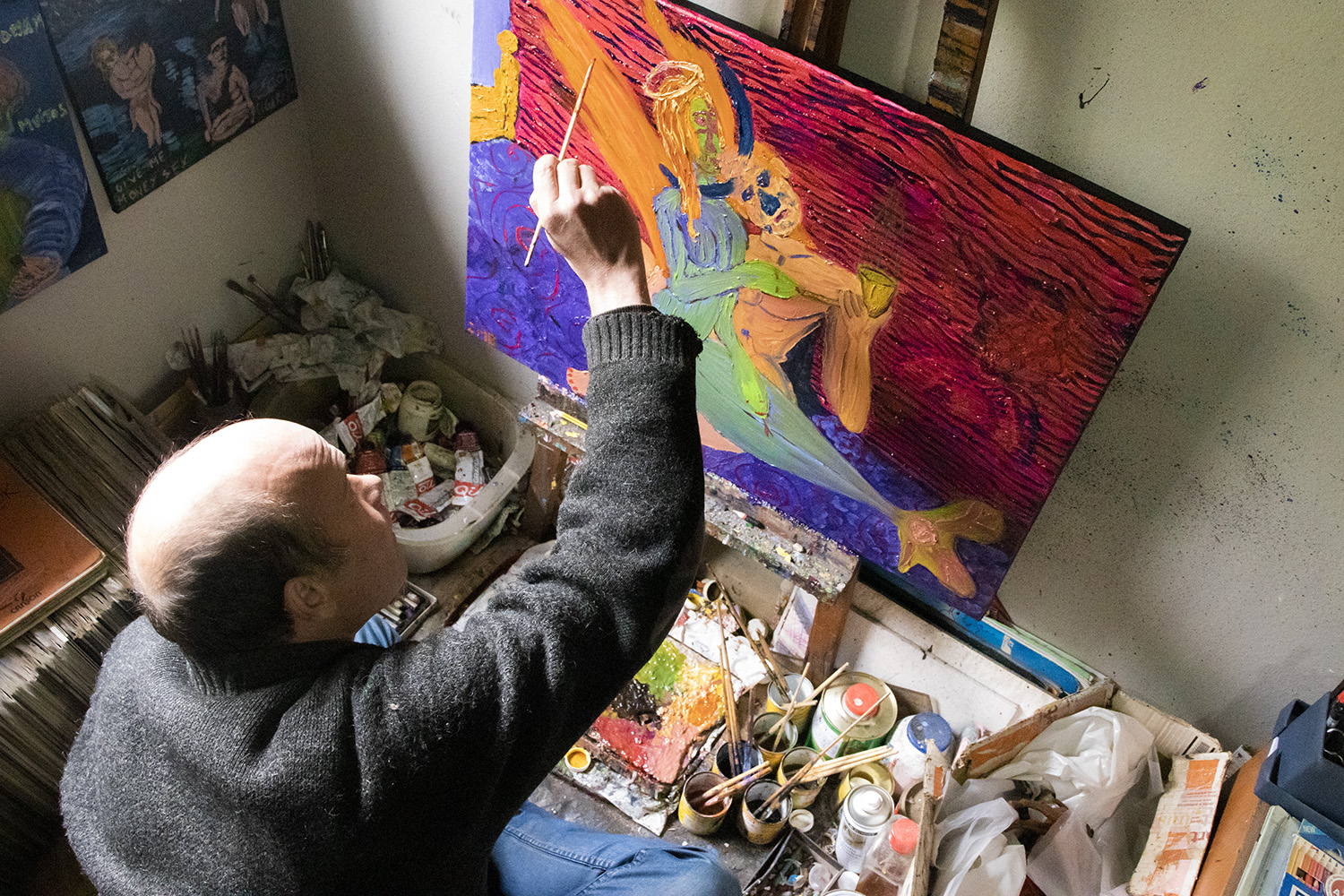 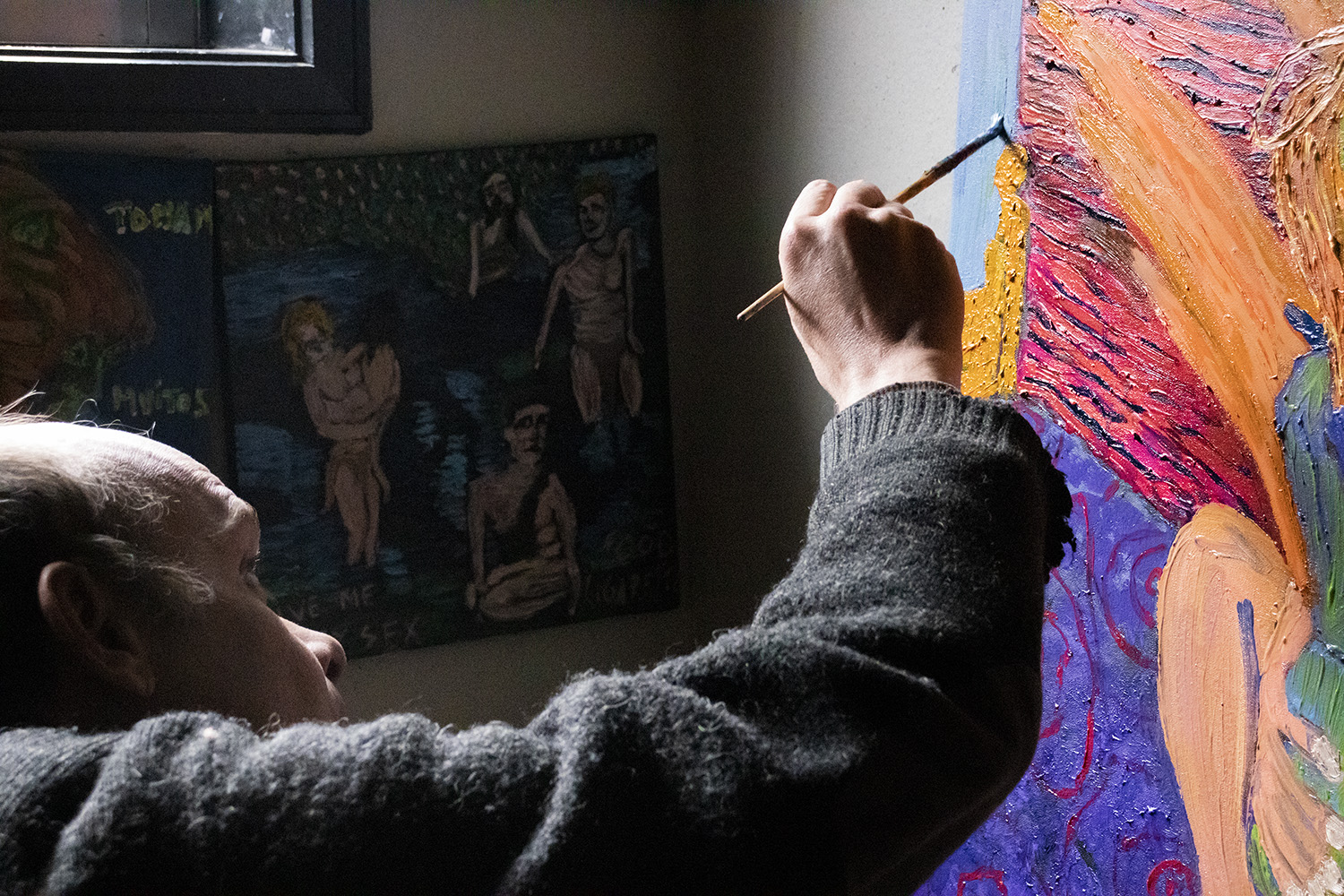 ZMB (Rui Lourenço) is a self-taught artist born in Porto in 1973.
He graduated in Electronic Engineering and Telecommunications at the University of Aveiro, repressing at the time the appeal he always felt for the plastic arts. Ironically, it is the bohemian and libertarian experiences of the academic world that lead him back to artistic life, awakening in him a new person, quite different from the introverted and demure being he has always known. The strangeness of this discovery, coupled with a growing mismatch with the demands of society’s success models, led him to develop a kind of alter ego he names Zombie (later abbreviated to ZMB).

In 1995, still in college, he began to draw more often as therapy for the mental disorganization he goes through at this stage of his life, but also to compensate for frustration by choosing a course that does not satisfy him.
In 1997, the pressure of school results and the chaos in which he lives lead him to a suicide attempt. He recovers from this bad moment by immersing himself again in his studies, concentrating on the completion of his degree. However, he never stops creating. In his spare time, he paints as a distraction and writes his first book under the pseudonym of Claudio Mur.

After completing his studies, he entered an internship in a company from the Republic of Ireland, returning to Portugal fifteen months later with the intention of dedicating himself to multimedia art. However, nothing happens as he wished, driving him to a process of alienation that leads to his hospitalization in 2000 at Conde Ferreira Hospital in Porto, where he is diagnosed with paranoid schizophrenia. It is the first of four hospitalizations over a period of eight years.

With cults and tastes deeply out of tune with the dominant taste, he ended up closing in on himself, starting to attend some art therapy workshops and exhibiting his works in alternative places of the city of Porto, such as Espaço T, Casa da Horta and A Cadeira de Van Gogh. Parallel to the painting activity, he dedicates himself to writing books and composing music, all involved in a non-conscious process of surrealist expression.
In 2014, due to the lack of valid job opportunities, he retires for disability and becomes a full-time painter.
In 2016, he joined the close circle of Cruzes Canhoto gallery’s artists. 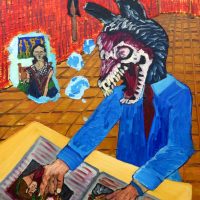 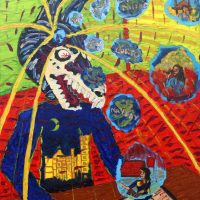 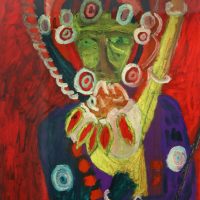 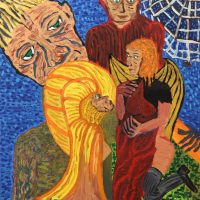 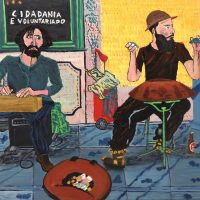 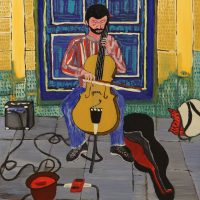 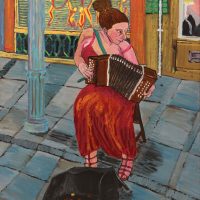 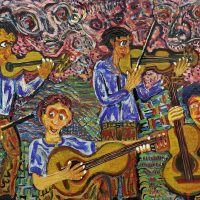 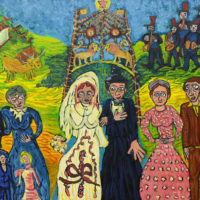 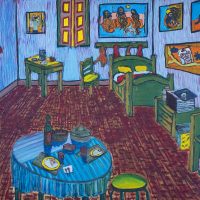 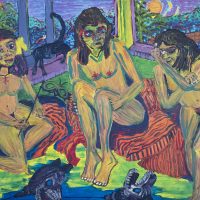 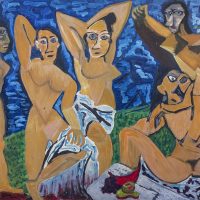 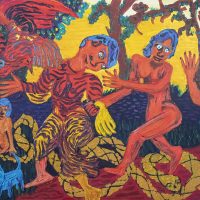 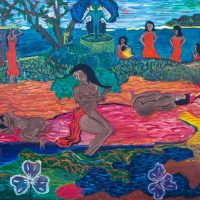